Finecapital Ltd. was founded in 2010 in Bern as an independent asset manager. The share capital is owned by the partners. Finecapital Ltd. is legally and financially independent. Our core competencies are asset advice and management as well as asset services and are exclusively aimed at professional clients according to Art. 4 FIDLEG. We work with carefully selected custodian banks and external service providers. Finecapital Ltd. is a member of the Swiss Association of Asset Managers (VSV). The VSV is the leading national industry association of independent asset managers in Switzerland. Membership of the VSV is regarded as a seal of quality for serious and high-quality advice and services in the area of support and management of your assets.

Finecapital Ltd. has the necessary authorisation from the Swiss Financial Market Supervisory Authority FINMA as an asset manager within the meaning of the Financial Institutions Act (FINIG) and is subject to supervision by the Swiss Corporation for Supervision AOOS. The AOOS is a supervisory organisation (AO) authorised and supervised by the Swiss Financial Market Supervisory Authority FINMA. As a licensed asset manager, Finecapital Ltd. is subject to the rules of conduct of the VSV and the AOOS, the Anti-Money Laundering Act (AMLA, GwV- FINMA) and the Financial Services Act (FIDLEG).

Our edge in comparison to other independent asset managers is that we have three complementary business lines as core competencies (Real Estate Switzerland, physical precious metals trading and storage and classical wealth management). All businesses are lead by partners who have a long track record and many years of experience in the respective field. This unique combination of different though complementing businesses with comprehensive expertise clearly distinguishes us from others.

Time is precious. Out of that reason we use it very generously.

Your needs and goals are of utmost importance to us. Therefore we will take our time to get to know these comprehensively. Hence we will together develop a customized and individual investment strategy for you. The result of this intense collaboration is based upon mutual trust.

As Wealth Manager and -Advisor we are completely independent from banks, lawyers and trustees. That’s how we avoid conflicts of interests at all times. We regard ourselves at ambassadors of your interests and will solely advocate for your needs. This includes that we inform you comprehensively and in a transparent manner about our fees and services.

Wealth Management is a very personal business. Out of that reason we take our time to develop with you your personal risk profile and customized asset allocation. Our partners have a combined 100 years of experience in all areas of Wealth Management and are also capable to deal with and implement complex client needs.

Georges Bindschedler began his professional career as a lawyer with a renowned law firm in Bern specialised in commercial law before joining Von Graffenried Holding AG in 1983. In 1985 he was appointed CEO of Von Graffenried Holding AG and its subsidiaries and joined the Board of Directors as Delegate of the Board. The Von Graffenried Group is active in real estate management, asset management, fiduciary services, tax and legal advice. Under his leadership, the group grew from around 70 to 350 employees and generated fee income of CHF 50 million until his departure in 2001. During his career as CEO of Von Graffenried Holding AG, Georges Bindschedler was a member of the board of directors of numerous, mostly smaller, family-owned companies and was also Vice-President of the regional media and newspaper group Berner Tagblatt Medien, later Espace Media. Today, Georges Bindschedler, together with partners, offers management services with a focus on corporate management, leadership and management support. He is a member of the board of directors of numerous companies and is also active in educational, civic and charitable organisations. 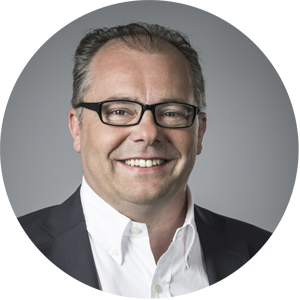 Domenic Parli, Member of the Board

Domenic Parli is a founding partner of Finecapital AG with more than 25 years of experience in the financial sectors working at various banks and private banks. Before he started as an entrepreneur he worked as a trader at the stock exchange in Zurich for a private bank, before he became after the introduction of the electronic stock exchange a relationship- and portfolio manager for the private banks Ernst & Cie and von Graffenried AG in Bern as vice president. Before the incorporation of Finecapital AG in the year 2010 he was founding partner and member of the board of Helvetic Trust AG. During that time he founded Finemetal AG and shortly after Finemetal Asia Ltd. in Hong Kong, where he built up and continues to expand as president of the board the physical gold trading business with their own physical products. He launched in the last 15 years a number of funds and investment vehicles around wealth creation, asset allocation as well as in the area of indirect real estate as well as products with regards to physical precious metals and their independent and bank neutral storage in their own high security vaults in the Gotthard. 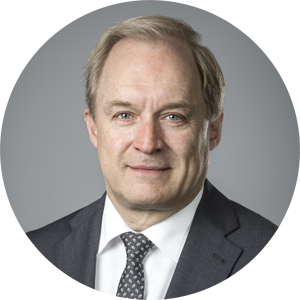 Daniel Roth, Member of the Board

Daniel Roth is a partner at Finecapital AG since 2012. From 1999 – 2012 he was a relationship manager in the rank of vice president with Bordier & Cie in Bern. During those years he was responsible for establishing and expanding the business in Bern. Before that he was at Credit Suisse Private Banking for three years in the same function. From 1992 – 1996 he was a portfolio manager and investment advisor for Bank von Ernst & Cie in Bern. Before that he was working for UBS AG in Bern in several functions as an investment advisor for seven years. Daniel has more than 30 years of experience in the financial industry with banks, private banks and as an entrepreneur in a number of executive positions.

We pay the highest attention to personal service as well as committing ourselves extensively to your client needs. Every client has his own risk profile and asset allocation.

Our core competencies are:


For services beyond our core competencies we will call in carefully selected external specialists.

Especially when it comes to dealing with financial assets, humans act not at all rationally. This emotionality combined with the increasing flood of information in today’s digital age leads to suboptimal decisions and below average performance. A systematic investment process can address these challenges and can make use of the systematic mistakes of other market participants respectively. We believe in recurring patterns on financial markets and combine specifically fundamental and market psychological insights.


To be successful when it comes to investing two decisions are of utmost importance:

A dynamic asset allocation to specifically dampen weakness periods of equity markets is the key for successful investing. Our systematic process analyzes on a regular basis the fundamental- and market psychological environment on financial markets and adjusts the equity allocation accordingly.

Single equities often show strong divergence when it comes to return patterns. It helps a lot to analyze on a regular basis the relevant drivers of equity performance to distinguish the winners from the losers. Next to company specific factors like valuation and growth the sector affiliation is an important element. Equities within the same sector show in many cases strong parallel movements. By determining the attractiveness of the sectors over time there is a lot of value to be added.

Our investment approach allows us to easily implement our service offering on modular basis and in different structures. For the implementation of our investment process the following offerings and instruments are possible: 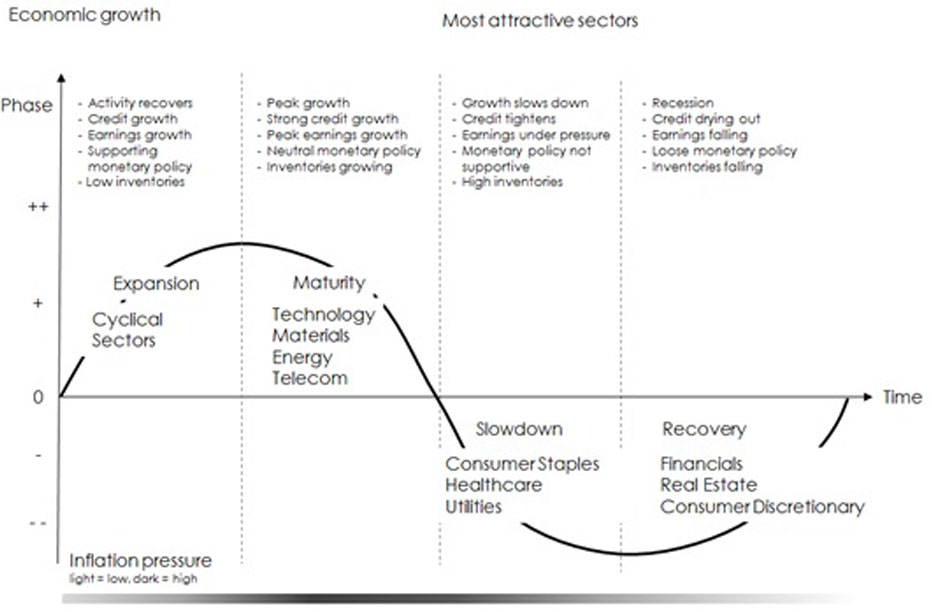 Unlike in the past, the value of money is no longer tied to something real. The money supply of state currencies is now controlled by the central banks, which can print money practically at will. Triggered by the resulting loss of purchasing power of paper money, people are looking for alternatives. This is where blockchain technology comes in and enables new forms of currencies. Among other things, this technology provides the technical basis for digitising physical assets in a meaningful way and making them tradable anytime and anywhere.
Karl Reichmuth, founder of Reichmuth & Co, private bankers Lucerne and co-founder of RealUnit Schweiz AG presented his new book "Neue Währungen in Sicht" (ISBN 978-3-03875-385-8) to the public on 21 June 2021. Together with many well-known co-authors from the world of finance and crypto, he bluntly illuminates the major problems of today's currency system, which is increasingly reaching its limits.
The banking, currency and IT experts outline the blockchain landscape and present various currency alternatives. Domenic Parli, Chairman of the Board of Finemetal AG, was allowed to contribute a chapter on the advantages of physical gold and the digitalisation of precious metals, as well as their future function as a means of payment on the blockchain.
The book is recommended for anyone interested in the history of money, actively concerned about preserving the value of their assets or wanting to gain more insight into the new world of cryptocurrencies. Contact us if you are interested in a copy.